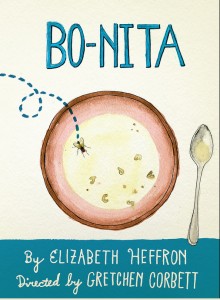 Elizabeth’s one actor/seven character play Bo-Nita closed out its whirlwind Northwest premiere today after its final performance in Portland. See Raves and Standing O’s for Bo-Nita in Portland for reviews. Bo-Nita ran from February 1 – March 16, 2014 at the Ellyn Bye Studio at Portland Center Stage.

Up next for Elizabeth: She continues workshopping Portugal, a play that centers around workers at the Hanford nuclear waste site who are exposed to radioactive materials while on the job.