Raves and Standing O’s for Bo-Nita in Portland 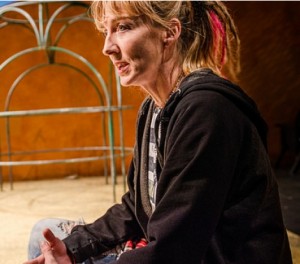 Kate Eastwood Norris got standing ovations at PCS. Several performances were sold out. Bo-Nita is completing a triumphant Northwest premiere, between Seattle and Portland. Sample reviews:

“And, to put it simply and bluntly, Norris is extraordinary!  Not only is she able to portray at least a half dozen other characters, with only minimal changes in her voice or posture, but we never lose track of the story.  She is so good, I simply can not imagine anyone else doing the role.  In over 40 years in the business myself, I have rarely seen a performance to equal this!  In other words, even though the story might be off-putting to some, trust that Kate (and Elizabeth and Gretchen) will lead you through it with such a deft hand, you will feel transported by the experience.”

To say the least, I highly recommend this show.  If you do go, please tell them Dennis sent you.” Read the full article here.

“There’s nothing remotely tepid about Bo-Nita and the tale she tells. Instead, our precocious 13-year-old protagonist gets herself into scalding milk that she then whips, in a mere 85 minutes, into a Dairy Queen Blizzard of black comic delight, coated in a sweet chocolate shell of, if not redemption, at least hope.”

“Norris soars in her characterizations, never once muddying the colorful personalities as she bounces back and forth in rapid succession. But perhaps even more exceptionally, her skilled acting combines with Heffron’s script to imbue a humanity that elevates each from a caricature to a character, in the eccentric sense of the word, deserving of our empathy.”
Read the full article here.

“Kate Eastwood Norris deftly embodies six characters, one moment loose and gangly and awkward as Bo-Nita, and seconds later adopting the stern intonation of a mother not to be questioned. She nails the timing throughout, capturing a wordless, argumentative staring contest between lovers, or an uncomfortable car-ride conversation between mother and daughter.” See the full review here.

This entry was posted in Performances and tagged Bo-Nita, Portland Center Stage. Bookmark the permalink.